A high percentage of foods, pharmaceuticals and pigments are produced as dry powders and granules. The production process to make these powders requires mixing, blending sifting and grinding, all of which require valves. Since many of the powdered products are soluble, they become sticky and can gum-up the seats and mechanisms of slide valves such as knife gates and orifices valves when mixed with liquids. The seal cavities of these valves harbor contamination and spoiled product. Also, these materials can have poor flow characteristics that bridge over the center vane of a “butterfly” valve.

A few years ago, Erik Ludwigson, a consulting engineer, selected Roto- Disc® valves to avoid these problems for the discharge of mixers at a flavor company in the mid-west. The spherical shaped, quarter-turn Roto-Disc® valve has no sliding seal to leak and no cavity to collect contamination. The stainless steel dome wipes against a glass-filled Teflon® seat, cleaning itself as it closes. Unlike a butterfly valve, the Roto-Disc® valve has unobstructed flow geometry.

In this case the whole interior of the valve was polished to a 220 grit finish. Thus, the shaft bushings are flush with the inside of the valve. The valve is easily cleaned with interior CIP nozzles.

A US research team, sponsored by a multi-national pharmaceutical company was searching for a way to accurately regulate the addition of powdered reactants to solvents in reactors while maintaining an inert atmosphere. They also wanted to be able to contain a potential 100 PSI explosion. The team contacted Roto-Disc®, Inc. for assistance in developing solutions.

Roto-Disc®, Inc. proposed a turn-key airlock “double-dump” assembly to feed the chemicals from a screw feeder into the reaction vessel. Equipment by Roto-Disc®, Inc. included two (2) Roto-Disc® valves, an inlet piece, a flanged intermediate accumulator chamber with a reducer to a view window that was installed between the valves and an electronic cycle-timer control (see figure 1 below). To satisfy the requirement for corrosion resistance to a wide range of chemicals, all wetted parts were made of Hastelloy®-C or Teflon®. The accumulator chamber was designed by Roto-Disc®, Inc. to accommodate the volume of material specified for each cycle. It also included various ports needed for sensors and minor material additions. The microprocessor-based cycle timer control had a custom program that worked in conjunction with the position switches on the valves. Interior surfaces of all Hastelloy® surfaces were polished and the entire assembly was designed for ledge-free flow of product.

Since maintaining maximum pressure of 100psi during an explosion and frequent cycling with low maintenance were core requirements, the heavy-duty construction and tight sealing of the Roto-Disc® valves were ideal for the customer’s application. The research team is very happy with the finished assembly and the pharmaceutical company that sponsored the project is evaluating the design for inclusion into future projects.

Continental Mills, Krusteaze Div. produces various types and flavors of cake mix at their Hopkinsville, Kentucky Plant. Three large mixers are one of the last processing steps before packaging. These 10’ X 4’ ribbon mixers have two (2) 10” outlets, one for acceptable product and one for rejects of off-spec mixes. Every batch goes through thorough quality control testing.

The mixers were originally equipped with lip-seal type swing gates. The swing gates were powered by an air cylinder and were contoured to the curvature of the mixer shell. There were many problems with these expensive valves. Principally, material adhering to the lip of the plug would prevent complete closure of the valve. This allowed sifting out of a steady stream of ingredients during mixing due to the force of the rotating ribbon. The loss of minor ingredients could thus affect quality and thus result in a reject of entire batches. In addition, power or air failure could allow the valves to fail open, thus dumping good product on the plant floor.

According to Scott Seebold, plant engineer, both sanitation and cross contamination prevention between batches were issues. Any valve installed at the bottom of the mixers had to be cleaned frequently. Mr. Seebold selected the Roto-Clean® because they can be disconnected and disassembled in minutes without any tools. The patented Roto-Clean® valve is disassembled in 3 easy steps resulting in not a single part left together. Each part can then be cleaned or sanitized.

Mounting of the valves was by welding a ferrule (extended as part of the valve) to the outlet of the mixer. This allowed the valves to be mounted very close to the rotating mixer blade, with clearance as close as _”. The valve bodies were fabricated of Aluminum for reduced weight and for ease of handling during assembly and disassembly. The original valves had a sheet metal cowling to prevent dust from getting to the atmosphere when the valves were open. This was unnecessary for the Roto-Clean valves. The discharge was simply quick coupled to a chute (also fabricated by Roto-Disc®, Inc.). Dimensions and curvature of the chutes were as required for the mixer. Since these valves are actuated by 80psi compressed air, the existing solenoid air control valves were able to be reused. Thus the customer’s rewiring was minimized.

Continental Mills had previous good experience with Roto-Disc® valves at their plant in Washington State. Mr. Seebolt and Krusteaze in Kentucky are very pleased with the performance and ease of cleaning of the valves which have now been in service for many years. The savings in maintenance and spare parts have more than paid for the valves many times over.

Eurand America, a Dayton, Ohio based company, produces micro-encapsulated time release pharmaceuticals. The production of these pharmaceuticals involves charging dry solids into reactors full of various solvents. The charging port is then closed for the reaction to take place. The dry solids are conveyed to receivers above the reactor by vacuum. Pressure differential across the valve can be from 30 PSI to full vacuum. It is important that the valves seal securely and that they are easy to disassemble and clean between batches of different pharmaceuticals.

Eurand can now clean the valve in 3 to 4 minutes. They can be completely disassembled and all the individual pieces, including the shaft “O” rings, can be separated and washed individually. Reassembly is accomplished in a few minutes without tools- With sanitary gloves on if necessary.

Roto-Clean® valves are available in sizes 3, 4, 6, 8, 10, and 12” through port diameter. Inlets and outlets can be customized to suit the application. The inlets for example, could be connected to a mixer above by weld neck directly onto the mixer body or by quick release Tri Clover flange or of course by a regular bolting flange.

Likewise, the discharge can have these same flange choices to provide complete no tool removal from service. In some cases the outlet has a simple socking neck.

Hazardous substances are in many present day disposable products. EPA restrictions can require the removal of the hazard before land filling or incineration. One processor of small volume, highly contaminated waste uses a continuously fed calciner at high vacuum (1 to 2mm Hg) and at temperatures of 750°F to drive off small quantities of the hazardous material to a recovery system. Cold product is air-locked into the processor on a cycle frequency of about 20 minutes. Likewise hot decontaminated waste is air-locked out at a temperature of up to 750°F. The hot, spent residue is both angular and abrasive causing harsh wear on the feeding equipment and take away valves. The valves need to be extremely tight to prevent leakage of air into the process. Excess nitrogen and oxygen would overload the recovery system, causing hazardous material to be released into the atmosphere.

When the system was first installed it was fed and discharged by two (2) pairs of inflatable seal butterfly valves acting as airlocks. Unfortunately, these butterfly valves failed on startup because they required special retaining flanges which were not provided. After correcting for this the seals failed again after a short time as a result of wear. With the butterfly valves, the seal is exposed directly to the hot product both above and below the vane. The sharpness of the product along with the action of the butterfly vane against the hot inflatable seal simply cut the elastomeric seal of the valve.

The customer considered many types of valves for replacements. Rotary vane feeders were disqualified because these type of valves typically have a clearance of .003” to .006”. Under high vacuum, this allows considerable leakage even when the valves are in new condition. Considering the wear such vane-type rotary feeders experience from abrasion and rubbing, the leakage through this clearance would quickly become massive. Other types of valves such as metal-seated butterfly valves, ball valves, slide gates and knife gates were also considered and rejected for the same concern.

It was finally determined that only class 6, bubble-tight valves would be acceptable for this application.

Four (4) Roto-Flate® valves in two (2) double-dump arrangements were eventually installed as the replacement. The Roto-Flate® provides bubble-tight sealing by using compressed air or gas to inflate an elastomeric seal against the dome. In this application, the upper valve on the inlet to the calciner is opened while the lower valve remains closed to allow material to fill the intermediate chamber. The top valve is then closed and the lower valve is opened to charge the contaminated product into the processor. Cycle frequency is about once every 20 minutes. The processor feed is at ambient conditions and since the lower inlet valve is separated from the processor by a 3’ long screw feeder, there is not much radiant or conductive heat applied to the inlet valves.

At the discharge end however, the temperature of the product is as high as 750° F and flows over the back of the opened valve dome for as much as 20 minutes at a time. Since the temperature of the dome would approach the product temperature, contact between the dome and the silicone inflatable seal when the valve was closed might fry the seal against the hot dome. Likewise on the lower valve of the discharge air-lock assembly, the 750° F product could lay on the dome for 20 minutes at a time and thus similarly destroy the elastomeric inflatable seal.

Two steps were taken to handle this issue. First, the seals for the two discharge valves were made of silicon rubber which has a temperature limit of about 400°F. Second, the backs of the dome (which is normally concave) on these two “hot” valves, was enclosed with a welded plate, creating a small cavity. The shafts were also axially drilled. This allows 50° F chilled water to be channeled through one shaft, through the cavity in the dome and out through the other shaft. The chilled water is also circulated through coils around the body that are embedded in heat transfer cement and through hollows on the mating flanges on the processor.

For abrasive dry materials, only an inflatable seal valve can maintain itself through many cycles in a bubble tight condition. Thus the only significant ingress of air into a vacuum process is from the intermediate chamber at each cycling. Since the cycling is infrequent this leakage is very small.

The valves have been in continuous operation for several years and no replacement parts have been provided to the customer by Roto-Disc®, Inc. The customer is pleased with the service of the valves so far and expects to purchase additional valves for a future system.
Download “High Temperature Hazardous Material Recovery” (PDF)

All Roto-Disc® valves are designed and manufactured exclusively in the U.S.A. 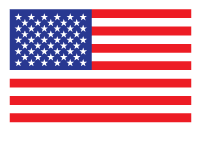